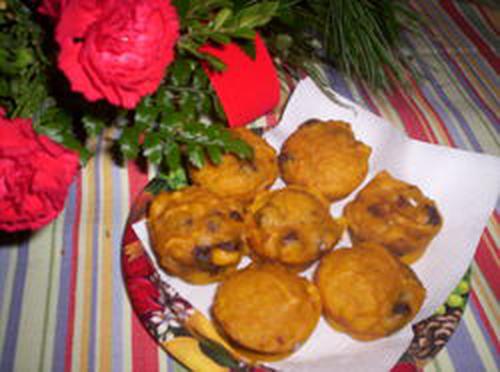 'Tis the season to be cooking

With the holidays comes gift giving, sleeping and visiting with family, but no winter would be complete without great food. The aroma of hot chocolate and cookies baking are enough to soothe any cold soul. Whether you are an inexperienced cook or an expert one, these five recipes will be a fun and tasty addition to your cold holiday nights. 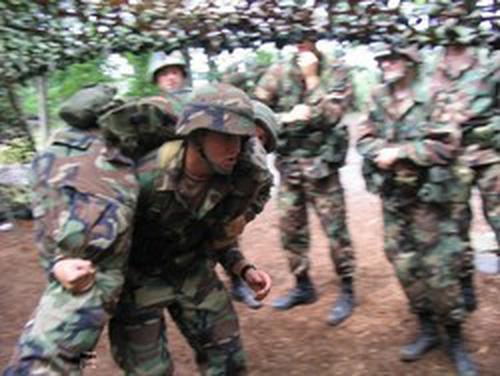 Relaxed at his desk, which is covered with books, educational movies and a miniature skeleton, David Whitacre, teacher of Cultural Anthropology and Modern World History, sits sipping his Starbucks drink. What someone cannot tell from just looking at Whitacre is that he a brillant teacher, with a flair for making dull classes interesting. 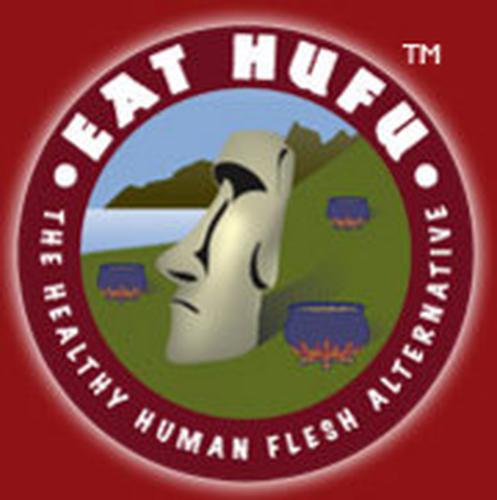 On the Rhode to Oxford

It was 9:45 p.m. on a Friday when Rahul Satija received a call that would lead him to Atlanta and, later, on a path to Oxford University. He was informed that he was a finalist for the Rhodes Scholarship, and that his interview would be held in Georgia.

All the president's men redux

By now, you've probably heard something on the 6 o'clock news about a scandalous mess going on just across the Beltway. You've most likely read about it in your Washington Post, heard about it over the radio on your way to school and perhaps even talked about it in class. There has been a lot of clamor and hubbub about a case regarding New York Times journalists, investigations in Africa, uranium, undercover CIA agents and more finger-pointing than a Three Stooges film.

Looking for something to do during the summer but don't know what? Silver Chips Online has compiled information about a variety of internships and student testimonials to help you out.

Helping the homeless — and themselves

Every month, five hundred volunteers in D.C. help over ten thousand homeless and poor citizens through the D.C.-based Bread for the City program. Simultaneously, a group of Takoma Park teens practice and plan for their next theater production, a short locally-produced play. These two seemingly unrelated groups have been brought together by charity, caring and an urge to help the less fortunate.

The early bird gets the sale

The sky is still dark and most Blazers are still sleeping off their Thanksgiving meals, but sophomore Ashley Wilson has already dressed and left her cozy home to join the hordes of people waiting outside of department stores, malls and electronic stores.

Nurdles and squidgers and winks, oh my!

In its long, storied history, Montgomery Blair has produced more than its share of dominant athletes. Gymnast Dominique Dawes, hero of the 1996 Olympics, attended Blair. So did Washington Wizard David Vanterpool and Orlando Magic point guard Steve Francis. Now, Blair is the proud home of another rising athletic star, a junior who, at age 16, has become a tour de force — number 52 in the world rankings — in his chosen sport.

Kenneth Seat does not like to talk about himself. "I've never really felt comfortable talking about my personal life," he said, taking a sip from his mug, which is adorned with Japanese characters. "But if you want to get personal, here's a recent picture of my daughter."

Suddenly, the world contorted. Everything seemed eerier, scarier. The glowing streetlights appeared menacing. The October air felt unusually chilly. This wasn't supposed to happen. Senior Pham Bui's heart pounded fiercely in his chest as he spotted the police officer in his rearview mirror. His breath abruptly shortened, his palms got sweaty. This wasn't supposed to happen. He had just been driving a friend home.

The old versus the new

Do you feel that the $12 million municipal building, without the promised gym, is a success or a failure? Unless you are a Takoma Park resident, this dilemma means as little to you as the price of tea in China. But to the families residing in Takoma Park, a city so liberal it has been nicknamed "The Berkeley of the East," the gym may be the deciding factor in the Nov. 8 election. 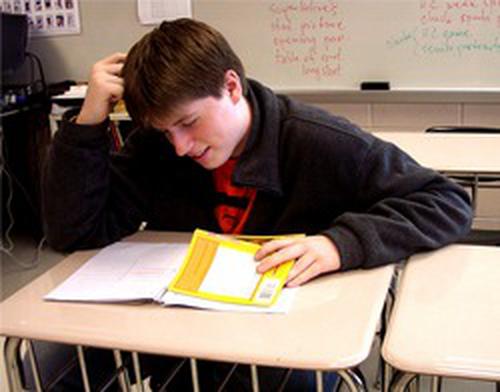 B-e-c-a-u-s-e. For most high school students, "because" is not difficult to spell. But for junior Robert Ginsberg, spelling "because" would be a struggle if his second grade teacher hadn't taught him to sound it out.

Trick-or-treating: old in age but not in spirit

She walks up the front walk, bag of candy in hand, wearing an extravagant costume and a luminous face like the grinning jack-o-lantern that sits on the front stoop beforeher. Accompanying her are a bunch of her buddies, also extremely excited and ready for the night they've been waiting for: Halloween. No, these kids aren't six year-old girls dressed in witch costumes, fresh from their school party earlier that day; they're high school juniors dressed in suggestive costumes, expecting great things from the neighbors they've never met. 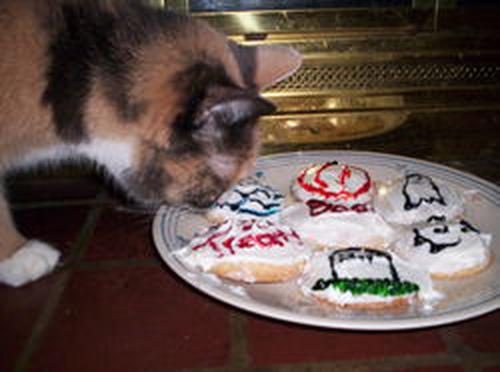 For Blazers who yearn for candy, Halloween is the perfect excuse to indulge in sugary treats. So, why not add to the sugar haze by creating your own culinary concoctions? To help you, we chose four easy recipes sure to satiate Halloween cravings.

The weather is getting colder. The rain is pouring down. The leaves are changing color. Little monsters are jumping off the walls on sugar highs. It seems that that spooky time of the year has finally come once again. 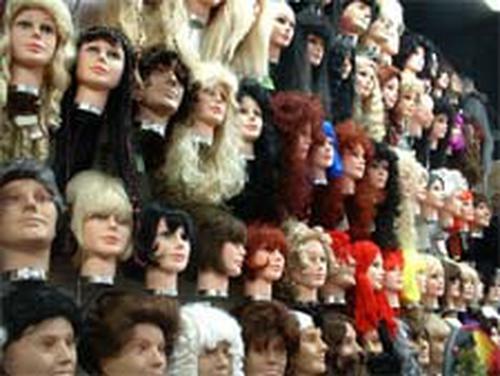 Tired of throwing on that old white sheet at the last minute because you had nothing else to wear for Halloween? Then this year, take your one chance to wear something unusual and put together the best Halloween get-up. Even if you're too cool to go trick-or-treating this year, remember that it's even more uncool to show up to the Halloween bash without a costume. No matter what your plans are for Halloween, we've got you covered. Here are some of the best stores in town for completing your one-of-a-kind Halloween ensemble: 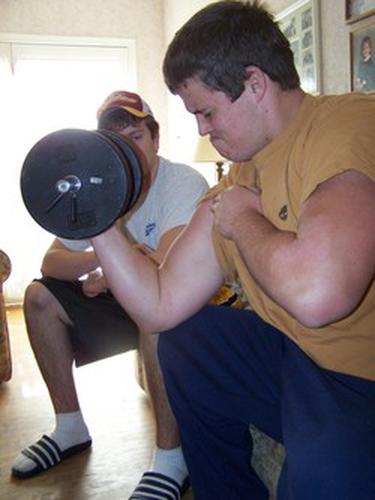 The supplement sweeping the nation

The bench-press bar pulses up and down as the beat of Missy Elliot's "Lose Control" blares throughout Junior Eli Simon-Mishel's cramped basement. As the bar bounces, his breath becomes short and sharp. His face contorts into a look of anguish, his puffed up cheeks showing the intense stress on his body. "Twenty!" he exults as he clangs the bar back into place above his now still frame. Simon-Mishel reaches to his side and, with shaking hands, ladles two scoops of powder from a giant gray tub, stirs them into a cup of water and then downs the pink mixture in one swig.

Blazers turn to a different type of education

Senior Christiana Cassell will leave high school this June with more than just a diploma. In addition to graduating from Blair, Cassell will also have obtained her cosmetologist's license and completed over 1,500 hours of cosmetology-based practical, theoretical and business-related experience. While most Blazers do not take an interest in vocational education, Cassell chose to enroll in the countywide Thomas Edison High School of Technology.

As the ball flies toward her, senior Sarah Rumbaugh jumps up into the air to head it. Suddenly, another player smashes into her, toppling her over. As she hits the ground, her legs lock and she tears the anterior cruciate ligament (ACL) in her knee. Her soccer season is cut short, and the varsity girls' soccer team has lost its captain - for the sixth time. The captain's curse has struck again. 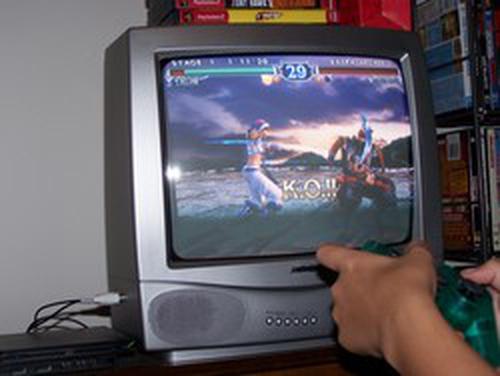 One girl gives gaming a shot

I've always blamed my inexperience with videogames on the fact that I don't have an older brother. But instead of shirking responsibility, I have finally decided to take matters into my own hands and find out for myself what gaming is all about.

The annual open Diversity Workshop was held at Blair last Thursday after school to allow students, parents and teachers to talk about discrimination and how to recognize and stop stereotyping groups. The workshop was held in the SAC on Oct. 6 and a leader training session was held on Saturday, Oct. 8, 2005. The workshop, which attracted about 30 participants, began after school at 3:30 p.m. and lasted until 8 p.m.

Hope blooms in a Hispanic neighborhood

The coconut chips, mango slices and cucumber slices are all in plastic Ziploc bags. Umbrellas cover the stands and shopping carts hold the fruit that gets periodically peeled and sliced. Here is a group of women holding on to the culture of their native country while trying to make a living everyday on the four corners of Merrimac Drive and 14th Avenue.

Ramadan, a time when Muslims celebrate Allah's revelation of the first verses of the Koran, began Wednesday, Oct. 5. Ramadan is the ninth month of the Islamic calendar, but because Islam uses the lunar calendar, the holiday begins on a different day each year. This year, Ramadan will last until Nov. 4.